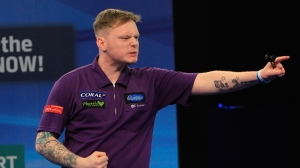 It’s weird to remember that, for a few years at the turn of the century, poker on television was a genuinely exciting proposition. Channel 4’s Late Night Poker was briefly essential viewing. Each week a group of mine who all looked like they had lock-up garages rented in fake names would play a few hands, with commentary provided by the mouth above Victoria Coren’s breasts. The show had personalities, all the guys there looked like they gambled and they all looked like they had no concept of the correct way to pursue a healthy work/life balance. Indeed, the number of episodes that ended with a black-and-white photo of one of the competitors and the words “has since passed away” etched beside it in italics must have been in the double figures.

And then broadband happened. And that meant that people who had never been to a casino before, who had barely left the house except to pick up their new fedora, were the main competitors in these tournaments. Not guys from Harlesden who “knew Kenny Noye, yeah, he was a nice guy if you kept him off the sniff”. 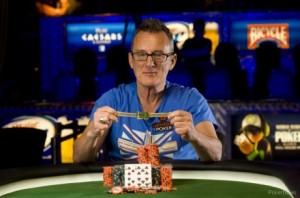 Darts is becoming more popular, I heard Barry Hearn say something about it at a press conference. But the awkward performance, and indeed personalities, of many youth tour graduates is something that has been commented on here before. Ryan Harrington will forever be known of “son of the guy who has known Phil Taylor for 25 years”, and I think Paul Barham is dead.

The barriers to playing darts as a youth are basically that your father is committed enough to raising you that he’ll take you with him, but not committed enough that he’ll stay out of the pub while doing that. So there’s not going to be the problems that snooker had, where the only people who can still play the sport are those whose parents were cashed-up enough to spunk money on a full-scale table for their kiddy’s 10th birthday.

But darts… Aden Kirk, man. I think Aden Kirk is an interesting character. I think it’d be a shame if he just ends up in history as a footnote regarding the fall (and inevitable resurrection) of Phil Taylor. He has the undercut and the shitty ink of the generic modern English lad about town. He managed a sporting achievement that got him in the sports pages of every newspaper in the country, and yet he still has a dayjob (in a meat factory) and an open Facebook page. 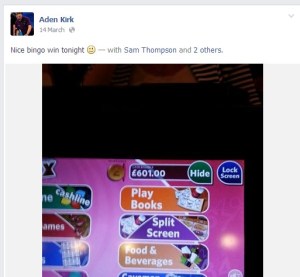 This is a man who, under favourite books, lists “NONE, THEY ALL BORE ME”. Who has “Blades of Glory” down as his second favourite movie ever. Who has “liked” pages for “Not Causing A Riot Because You Have A Job To Go To In The Morning”, “The Woolwich Soldier” and “GaRfIeLd Is BeSt CaRtOoN cHaRaCtEr!!!!!!!!!!!!”. The last of the three pages, incidentally, has every single post written in Cyrillic.

So Aden Kirk is interesting because he is so fucking ordinary. There are 5 million Aden Kirks around the country right now, working as sales reps for child photography companies, putting in a bit of extra overtime so they can finally get the chargehand role, trying to decide whether they should stay on at Fitness First or hire themselves out as a freelance trainer. There’s just no… life to them.

Aden Kirk is every British man you left behind in your hometown when you went to university. If darts is to retain its working class origins, Aden Kirk is the man it needs. And I really don’t know how that makes me feel.